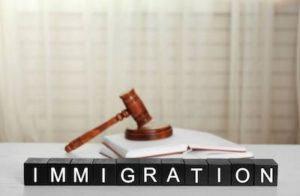 We assist by interpreting the law for you and helping your examine your rights and options, preparing all of the necessary documentation, and making sure you have everything you need for the best chance at success. This includes ensuring that all of your paperwork, statements, evidence, and forms are filed properly and timely, per the strict guidelines of U.S. immigration agencies.

As an Immigration Lawyer Orlando locals trust, our top goal is to help you through this process as quickly and effectively as possible, avoiding delays and giving you the knowledge and resources you need at all stages. This prevents you from dealing with challenges associated with legal technicalities and other unforeseen issues that may arise when you try to handle the immigration process alone.

The USCIS must approve an immigrant visa petition, I-130 for Alien Relative, for you. This petition is filed by your relative and must be accompanied by proof of your relationship to the requesting relative.

CAUTION: In addition, the alien relative must not be inadmissible based on any grounds under the Immigration and Nationality Act. Before applying for any immigration benefit, be sure to consult with an experienced immigration attorney.

However, a person who has entered a plea of guilty or no contest to a criminal charge may have legal grounds to withdraw their plea if they had not been advised by the Judge, or their attorney, prior to entering the plea, that their plea could subject them to deportation. Prior to October 26, 2006, the immigration law allowed a person two years from the date they threatened with deportation from the immigration officials to file a motion to withdraw their plea. On October 26, 2006, the Florida Supreme Court in State v. Green severely reduced that time to two years from the date of their conviction. However, the Supreme Court did authorized people who were convicted prior to October 26, 2006 to be allowed two years from that date to file a motion to withdraw their pleas in such cases.

If you or your family are not United States Citizens and have previously entered a plea to a criminal charge, you may be subject to deportation. However, you may still be able to withdraw your plea if you were not properly advised or misadvised of the consequences. The deadline to file such a motion is extremely limited. If you are not a United States Citizen and have a criminal record, it is important that you discuss with a criminal defense attorney what consequences that record will have on your ability to remain in the United States.

Lastly, a person in deportation proceedings, may be eligible for some type of relief which would prevent a deportation order.

If you or someone you know is subject to deportation, contact our deportation defense attorneys immediately. We are available 7 days a week.

Naturalization is the process through which a foreign citizen becomes an American Citizen.

SPECIAL NOTE: There are some exceptions to the above rules. It may be possible to obtain waivers or exemptions from the above requirements. Also, often a person may be a U.S. Citizen derivatively based on the citizenship of his or her parent. In such case, the person would not need to apply for naturalization; rather for a certificate of citizenship. Consult an experienced immigration professional about the best route to your citizenship.

As a highly experienced Immigration Lawyer Orlando families have turned to for help with their immigration case, our law firm can expertly handle the entire process and obtain the best outcome possible for your scenario. Contact us today.