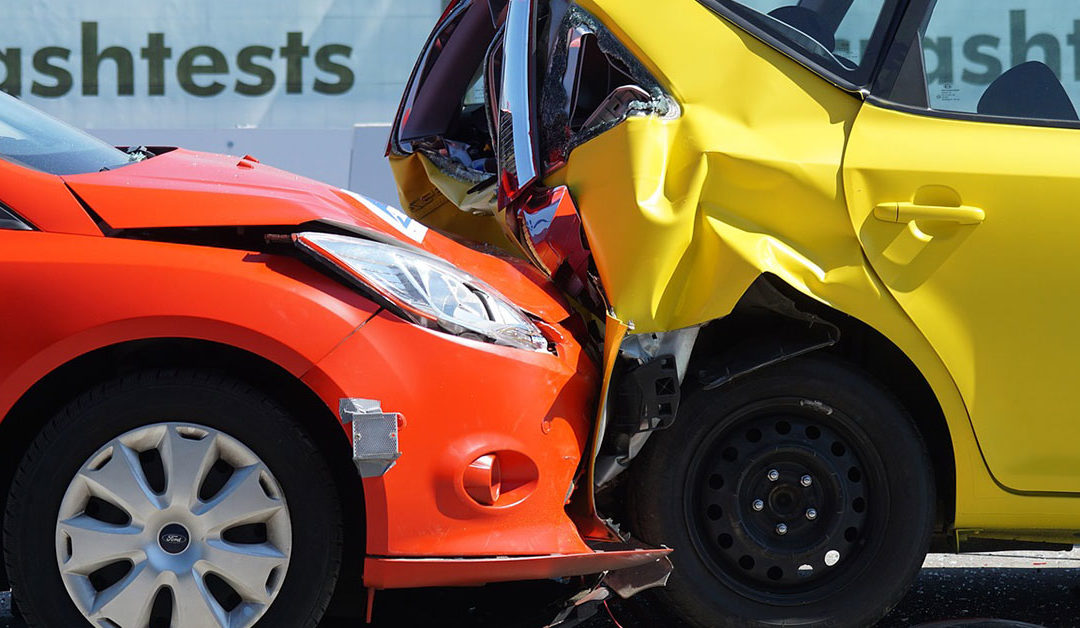 When it comes to any car collision, human factors almost always play the most significant role. After all, it is humans driving the machines that are on the road, and humans are bound to make mistakes. Whether it’s exhaustion, lack of concentration, or some other diversion going on in the car, there are many factors which can go wrong that can cause drivers to make catastrophic and even fatal mistakes. 94 percent of car accidents are caused by human factors, according to a study administered by the National Highway Traffic Safety Administration. The deadliest thing on the road happens to be the thing wielding the vehicles- people. Though you hear about a lot of causes for car accidents, and we often blame various outside components such as technology or alcohol, it is really the person who is partaking in these outside factors that is responsible for making them part of the equation. Human error is the most likely thing to cause a car accident and probably has caused the car accidents that you’ve been in.

We think about the other things like texting while driving, driving while intoxicated, and missing traffic signals. Weather conditions deteriorate roads and car makers cover up known defects and allow accidents to occur. Yet, though these causes all play a part and are often dramatized and highlighted, human error is at the heart of most car collisions. If you are involved in a car accident and injured due or the accident, whether as the at-fault party or the victim, you might deserve compensation for your injuries and the trauma received. Car accidents can be a difficult experience, and it is important to be financially compensated for the damage done to your person and property. It is essential to have an experienced personal injury attorney on your side to help with your case so that you receive the compensation you deserve. The Law Office of Frederic E. Waczewski, P.A. has had over a decade of experience specializing in personal injury lawsuits, helping car accident victims protect themselves financially from the draining costs that come with a car accident. We know that car accidents can be emotionally, physically, and financially devastating, and can severely impact a person’s life through injury and financial loss. It’s a pause in your life that is both stressful and difficult, which is why you need a good personal injury attorney to assist you through the process. If you are looking for an Orlando personal injury lawyer you can rely on for stellar service to get you the compensation you deserve, contact us at Law Office of Frederic E. Waczewski, P.A. in Orlando. The first consultation is free!

We all make mistakes, but a mistake on the road can have devastating consequences. Even the smallest distraction or wrong move behind the steering wheel can lead to an accident that can change yours or somebody else’s life. There is a whole library of literature and research out there regarding the human factors behind traffic accidents. When evaluating car accidents, it is crucial to keep in mind the fallacies inherent in human beings. In the abovementioned National Highway Traffic Administration (NHTSA) study, they discovered that only two percent of all car accidents were caused by environmental factors, another two percent were caused by the vehicles themselves, and two percent were attributed to “unknown” causes. People often place blame on the environment, citing faulty weather conditions or dangerous roads. This is apparently not as common as we think it is as the driving force behind most accidents, as it accounts for merely two percent. Faulty vehicles which have not been recalled, while much dramatized on the news and in the media, only accounted for another two percent of car accidents, meaning that just because you see it on the news as a big deal doesn’t mean it is as statistically relevant as you think. The vast majority- a full 94 percent of car accidents- were induced by human error, defined as the mistakes drivers make that lead directly to car accidents.

It is important to remember that in real life things are not so black and white, and rarely will you find a cut-and-dry case of a driver admitting that they are fully responsible for whatever incident happened. There are many grey areas when allocating responsibility in a car accident, and drivers may feel that other factors which were outside of their control are to blame for causing the wreck. Even if there are other factors involved in the collision, the driver is still probably responsible for most of the accident, because the accident happened based on their reaction to the outside components. Let’s take for incidence a patch of ice on the road. The weather conditions have forecasted that the roads may be icy, perhaps even black ice, and it had snowed the night before. A driver may lose control on the ice, spin or slide into your lane without meaning to, and hit you. In this case, the driver may later claim that he or she was not in control of the situation and the environmental factors of ice and snow on the road are fully responsible for causing the accident. The driver might feel bad for causing damage to your car and injuring you, but still claims that he or she isn’t liable for the accident.

However, a police investigation could prove otherwise through finding the human error implicit in such situations. The investigation could discover that the driver was driving the vehicle much too fast for the forecasted weather conditions, for example. He or she had known that the roads were going to be icy, as weather reports are everywhere from the radio to the television to our phones, and chose to ignore the warnings due to personal reasons. This means that the driver was aware the road was icy, realized there was a risk of an accident if they weren’t extra cautious, and yet still behaved recklessly by continuing to drive faster than recommended for the weather conditions. Yes, the ice was what physically caused the car to slide or fail to brake, but if he or she had been driving more responsibly and not going so fast, or being more aware of the road conditions, the accident never would have occured. This means that most of the fault for the accident still lies with the driver of the car, as he or she had made the decisions that ended up causing the accident, even though environmental factors were what physically spun the car out of control. Cases like these are when you might want to call an attorney to file your suit, such as top orlando personal injury lawyer, Law Office of Frederic E. Waczewski, P.A.

Psychologists and researchers study the role of human factors in traffic situations in order to understand how drivers perform as a system component when it comes to the safe operation of vehicles. When conducting such studies and drawing conclusions, researchers recognize that driver performance is influenced by many environmental, psychological, and vehicle design factors. Ultimately, however, human beings are the ones doing the driving, and we work in conjunction and in reaction to all of the outside factors. The focus of research regarding human factors such as by the National Highway Traffic Safety Administration is to figure out which aspects of vehicle design needs to be improved in order to optimize driver performance and cut down on unsafe behaviors. Moreover, researchers aim to evaluate a driver’s capabilities to react to new and/or existing technologies in a vehicle in order to see how exactly car accidents happen.

As noted in a study done by the Athens University Medical school, road traffic crashes are responsible for a substantial percentage of mortality rates in the U.S, and also cause large amounts of serious injuries every year. In fact, traffic accidents cause more years of life lost in America than the majority of human diseases. There are many behavioral factors at play in collectively causing road accidents, and these factors contribute to many life-changing injuries, emotionally traumatic events, and loss of life. Although perfect categorizations are not always possible, you can pinpoint and classify these behavioral factors that cause car accidents. The study defines these behavioral factors into several classes. The first category they define as behaviors that reduce capability on a long-term basis such as inexperience, aging, disease and disability, drug abuse, and alcoholism. Secondly, you have behaviors that reduce functionality for a shorter period of time, such as fatigue, imbibing too much alcohol, short term drug effects (immediately driving while high), binge eating, psychological distress or stress, and various forms of temporary distraction in the car such as paying more attention to music than the road.

The third category are behaviors that increase risk taking behavior with long-term impact on the driver’s general function. These include more personality attributes which lead to disregard for rules and safety, increasing risks on the road. People who exhibit these behaviors tend to overestimate their capabilities, have an overconfident macho attitude (I’m the man so I know I got this), regularly speed, regularly not follow traffic regulations, engage in indecent driving behavior like road rage episodes, not use seat belts or helmets, sit in an inappropriate position while driving so that their seatbelt does not protect them as well or it distracts from their driving, and be more prone to accidents occuring in general. Related to this category of long-term risk-taking behavioral patterns is the fourth category, which are short-term risk taking behaviors that have a shorter period of impact. Moderate drinking, psychotropic drugs such as marijuana or LSD, motor vehicle crime like stealing a car or not pulling over for a cop, suicidal behavior on the road with a lack of thinking about its effects on other drivers, and compulsive activities all fall into this category. This classifications exists to help conceptualize the problem affecting the driver at the time of the accident.

When a car accident occurs, things can get really complicated really fast. You might want to seek compensation for whatever damages the other driver has caused your vehicle and possibly your person, which can mean working against their claims of not being liable for damages due to outside factors they couldn’t control. Because human beings are what control cars, we are the ones who ultimately make the decisions and reactions that lead to accidents on the road. If that is the case, then the driver must take responsibility for their actions and whatever losses their action incurred. It is essential to have an attorney you can trust in cases like these, since car collisions can be a grey area of blame that end up being emotionally, physically, and financially draining. If you’re looking for an Orlando personal injury lawyer, call the Law Office of Frederic E. Waczewski, P.A. today for your free initial consultation.