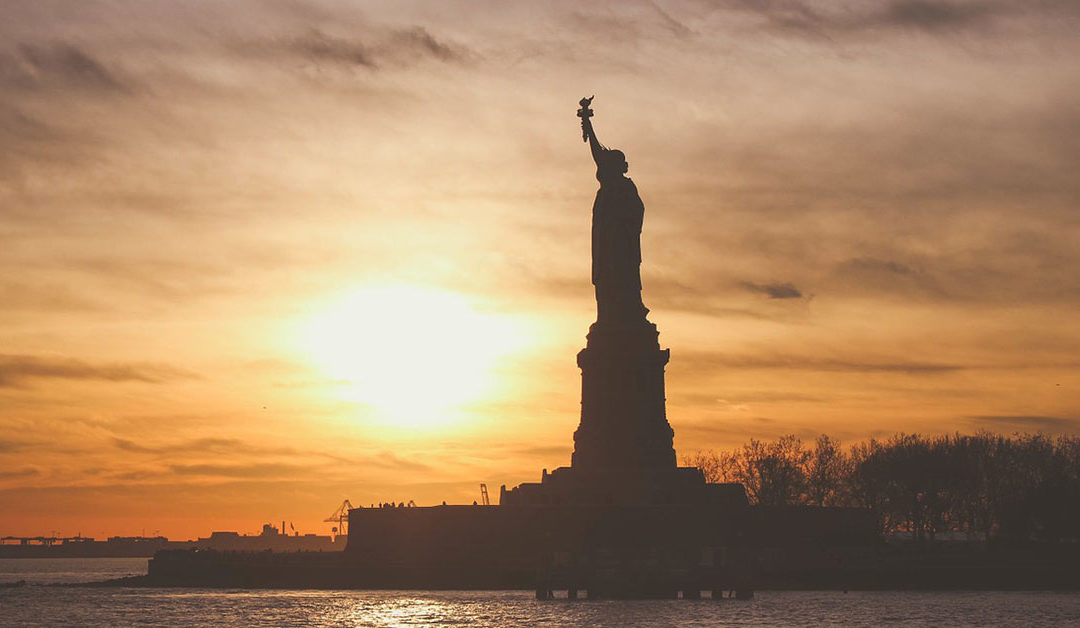 The American Dream is chased by many immigrants seeking a better life for themselves and their families. The United States offers opportunities that are not present in many other parts of the world as well as an upwards-reaching culture of innovation and career-building. People from all over the world come to the United States for various reasons. These reasons range from reuniting with family, moving to find more opportunities that are not available in their home country, coming to the U.S. due to a job offer that is already in place, relocating themselves or their families in order to expand a business investment they have made here, looking for a better education and life for themselves or their progeny, and escaping persecution. However, the immigration process is far from easy and it can be very difficult for many immigrants trying to come to the United States, both legally and illegally. Even in the best and most straightforward circumstances, the immigration process can be very complicated and require a large amount of time, effort, and money. US immigration can be an arduous series of steps fraught with issues, which is why you may need an immigration attorney to fight your case and assist you with the process of legally residing in the U.S. The Law Office of Frederic E. Waczewski, P.A. is an immigration lawyer Orlando residents trust to help them come and stay in America. Call us today for a free initial consultation.

Difficulties in the Immigration Process

There are many problems that immigrants can face in the process of coming to the United States. These problems include an overall quite restrictive immigration system, static immigration quotas, certain quotas on nationalities that can be difficult to get around, long wait times (years or even decades), immigrant workers being counted against multiple quotas, and a limit on the number of immigrants with “extraordinary ability.” Moreover, only 5,000 green cards a year are issued to workers without college degrees, the president possesses the ability to end the refugee program unilaterally, there is no immigration category for entrepreneurs (only a specific investment visa), no way to create new immigration categories without congressional action, and also that immigrants are unable to apply for permanent residency on their own. When it comes to immigrant quotas, the spouses and minor children of new immigrants count against these quotas and there is also a quota on the new spouses and minor children of current permanent residents.

It can be very difficult to maintain residency and the green card process has become more difficult in recent years, as children of temporary workers holding visas can wait in line with their parents for years for their green card, but get kicked out of line when they hit 21. Many immigrants to the United states end up living here for decades without receiving permanent residency, often with failed petitions. There is also no opportunity to appeal visa denials, making the application process paramount to immigrants wishing to come to the U.S. or to bring family members in. The Law Office of Frederic E. Waczewski, P.A., an immigration lawyer Orlando residents rely on, has over a decade of experience in immigration law helping different immigrants obtain their green cards.

US Immigration Can Be Complicated

There are many roadblocks when it comes to the immigration system that can make it difficult for immigrants. These issues can cause a lot of stress, time, money, and emotional strain for the parties involved, which is one of the reasons you may want to hire an attorney like the Law Office of Frederic E. Waczewski, P.A. to do the research for you and streamline the process by offering you the best options and opportunities for your specific immigrant situation. One major difficulty many immigrants face that they may not realize is the quota on nationalities that the law enforces in order to control immigrant demographics. Depending on the place of an immigrant’s birth, the government can have a different immigration process for them. Even if an immigrant receives citizenship in another country, their nationality is still counted as their place of birth. No particular “country” (i.e. nationals or former nationals of that country) is able to receive more than seven percent of the total green cards in a category. An example of how these per-country limits function is that Indian immigrants sponsored by their employers can end up waiting decades for a green card, while immigrants from other countries who are in the same situation of being sponsored by their employers may not have any wait time at all.

Due to the low quotas and diversity measures Congress has undertaken in the immigration process, immigrants may have to wait for decades to immigrate to the U.S. This means that nationals from specific countries where a large amount of immigrants apply to immigrate to the U.S. Siblings and children who are over 18 of U.S. citizens who are coming in from Mexico and Philippines have had to wait the last two decades before receiving their green cards this year. Those who are applying for their green cards at this moment may not be alive before reaching the front of the line due to the fact that so many applicants have not piled up in the backlog in the last twenty years. Those coming from India who are sponsored for a green card by their employers receiving their green cards this year may have had to wait for decades, but immigrant workers from India applying for a green card right now may have to wait much, much longer.

Not only are there per-country quotas when it comes to immigration, there are other different quotas that count against immigrant workers applying for the visa or their green cards as well. As nearly 90 percent of immigrants sponsored by their employers for permanent residence already live in the United States, with most of them entering as temporary workers on H-1B temporary visas. When these immigrants came into the U.S., many of their visas were counted against the H-1B quota of 85,000 temporary visas. Now that they are in the country, they count another time against the employer-sponsored green card limits, which basically cuts down on the amount of employer-sponsored green cards that can be issued severely. Double-counting immigrants against quotas can slow down the green card process for immigrants. There is also a limit for immigrants coming into the U.S. with “extraordinary ability,” on the EB-1 green card category. This category was created for immigrants who have “extraordinary ability in the sciences, arts, education, business, or athletics which has been demonstrated by sustained national or international acclaim,” including internationally renowned academics and multinational executives. The Law Office of Frederic E. Waczewski, P.A. is experienced in dealing with immigration cases applying for the L1 and EB-5 visas, which includes many employees and employers who bring significant skill and investment to the U.S. Even for these visa holders who bring significant contributions to the U.S., there can be difficulties in obtaining a green card. This is why it may be essential for you to hire an immigration lawyer in order to figure out the best course of action for your to obtain residency and/or a visa in the United States.

Another difficulty that faces immigrants is that there is no immigration category for entrepreneurs. Although many other countries in the world do their utmost in order to attract entrepreneurs and give them easy access to visas and citizenship, the United States naturally already draws and grows so many entrepreneurs that there is no permanent residence category specifically for immigrants who have founded or have the wish and means to found businesses. The United States does offer some temporary visa categories to allow entrepreneurs to get their footing in the U.S. with the E-1 or O-1, but only through the EB-5 visa can business owners gain their path to a green card through their investment. The Law Office of Frederic E. Waczewski specializes in such cases, and can help entrepreneurs and investors as well as their families obtain residency in the United States so that they can expand their business here and contribute to the American economy.

A major challenge that many immigrants face when trying to obtain permanent residency within the United States is the lack of a sponsor. According to U.S. statues, immigrants typically are not able to apply for permanent residency on their own. The United States lacks a straightforward mechanism for immigrants who do not have sponsorship by an employer or by family members, meaning that unlike other countries such as Canada, America does not have a “points” pathway to permanent residence that would allow immigrants to apply based on the characteristics they can contribute (years in the country, English language ability, etc.), so that the majority of immigrants require a petitioner to sponsor them and they are unable to apply for permanent residency by themselves. This can be very tough for many immigrants, especially for immigrant workers who no longer have an employer to sponsor them to stay in the country, and many workers end up working for temporary status for long periods of time in order to stay in the U.S. while lacking a direct path towards a green card. On top of this difficulty, even the immigrants who are able to find a sponsor end up cutting down on the quota when they bring their family members over here. Immigrants sponsored by family members or employers who receive their greencards are able to make their spouses and minor children also eligible for greencards.

Unfortunately, these family members also count against the quotas for immigrants of their particular situation allowed into the United States, meaning that the quota for a specific category is reduced based on whether or not a worker granted a green card has a spouse or children. Immigration quotas are cut down by up to 70 percent in certain specific categories due to family members, meaning that the quotas for various categories can be highly arbitrary. Moreover, there is a further quota on the amount of new spouses and minor children of current permanent residents. Although the minor children and spouses of new immigrants are counted against the quotas, they are typically able to obtain permanent residency at the same time as their sponsored spouse. However, foreign spouses who marry an immigrant who already has permanent residence in the United States are required to wait for over a year prior to being allowed to apply to immigrate, and then must wait in line while the application is being processed.

The difficulties discussed above are only some of the possible issues that immigrants can face when applying for a visa or for permanent residency in the United States. Because there are so many complications and possible problems in US immigration, it may be your best option as an immigrant to hire an attorney experienced in immigration law to guide you through obstacles and prevent possible mistakes that can hinder your path to the American dream. The Law Office of Frederic E. Waczewski, P.A. has a decade of experience as an immigration lawyer Orlando residents trust. Call us today for your free initial consultation!