Determining The Amount of Restitution From My Hit and Run Accident 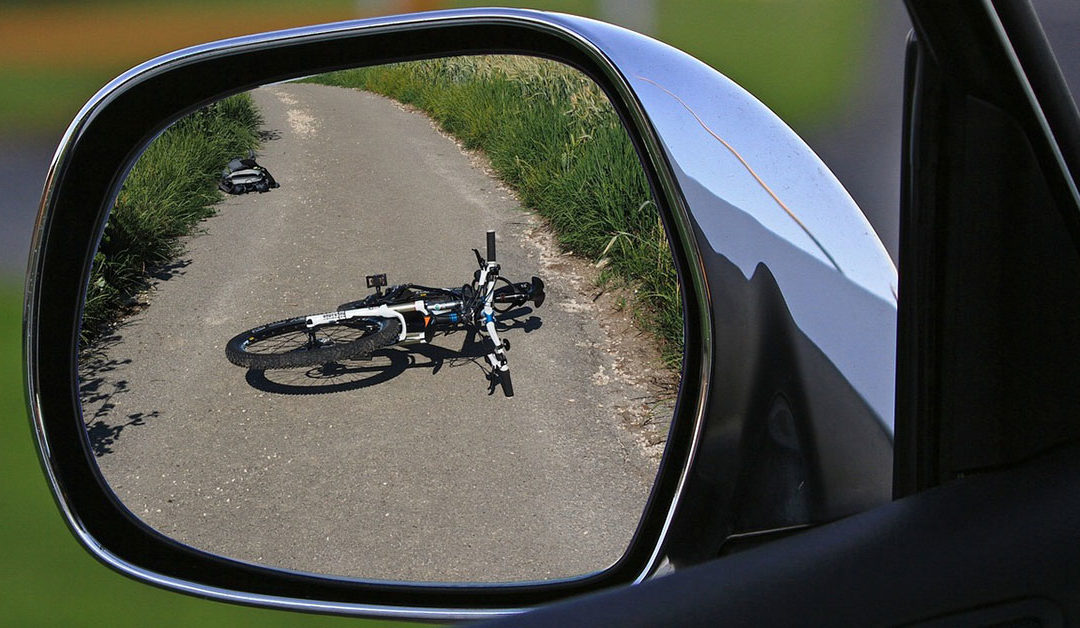 Hit and run accidents can be extremely dangerous and also traumatizing. Because the other party isn’t sticking around long enough to make sure the injured parties receive medical attention or file claims with insurance, they are presented with several legal issues. Legal problems that come from a hit and run case affect both the runner and the victim, and include significant civil and criminal consequences for the person who perpetrated the hit and run as well as complications for the victim when they seek compensation for the accident. Hit and run accidents can be complex cases which require in-depth investigation and various steps of litigation. It’s important to have a personal injury attorney you can trust to take you through the steps of the case, as dealing with car accidents, especially hit and run cases, can be a very stressful time, and you will need a lawyer to guide you through the litigation process in order to get the compensation you deserve. The Law Office of Frederic E. Waczewski, P.A. has specialized in personal injury cases, among others, in the Orlando area for over a decade. We will fight for your right to full compensation and help you present the best possible suit. Call us today for your free initial consultation!

What To Think About After The Accident

So how do you get the compensation you deserve? It’s important to keep some things in mind in case you are ever involved in such an unfortunate event, and if you are a victim of a hit and run case seeking compensation, check out our guidelines regarding what to do in this type of car accident. The legal consequences for somebody who perpetuates a hit run car accident are much more severe than for other kinds of car accidents, and you should remember this if you are the victim of a hit run car accident. There are certain responsibilities that drivers involved in an accident must take on, and there are serious criminal and civil consequences if you flee the scene of the accident. There are, however, many recovery options for the victim of a hit and run accident victim, which you should discuss with a personal injury lawyer like the Law Office of Frederic E. Waczewski, P.A.

During a normal traffic accident, the drivers involved need to take on certain responsibilities. These are the normal duties of drivers involved in an accident. All drivers must shoulder certain duties when a traffic accident occurs. First of all, if the accident results in injuries, the uninjured driver is generally required by state law to at the bare minimum alert emergency services by calling 911. Keep in mind that many states require much more than simply dialing 911, such as requiring the most fit driver on hand who is involved in the accident to transport the victim to medical help when necessary. This means that it may be legally obligatory for you in your state as an uninjured or less injured party to take the more injured party involved to the closest place they can receive medical help. If the accident is serious, it is also required to alert the police immediately. Lastly, it is necessary for the parties involved in the car accident to exchange contact information as well as insurance information. As is clearly and obviously stated, all of these requirements necessitate that both parties stay at the scene of the accident and that someone involved in the car accident actually stops and gets out rather than fleeing the scene. If a party involved does simply leave the scene without stopping, there are civil and criminal consequences.

Consequences of a Hit and Run Accident

The civil consequences of a hit run traffic accident include a variety of damages charged to the person who leaves the scene. The main civil consequence of a hit and run if a civil injury lawsuit is pressed is that the plaintiff will most likely win their case to receive punitive damages from the runner. Punitive damages are the financial compensations that become typically available when the person who is having a case brought against them (the “defendant,” in legal jargon) intentionally and/or recklessly causes harm, or behaves in a manner that is particularly egregious. Being involved in a traffic accident and fleeing the scene of the accident rather than staying and being responsible is generally placed in this category, making punitive damages fairly easily to win for the plaintiff. The plaintiff is the person who is suing, and he or she is entitled to damages that compensate him or her financially for the various costs that are incurred in the accident. This includes medical expenses, physical and mental pain and suffering, and any wages that are lost due to being injured from the accident or days missed dealing with the situation. These types of damages are not based on the defendant’s behavior, unlike punitive damages, and must be proportionate to the amount of harm that the defendant has caused the plaintiff.

Punitive damages, however, are different in that they are not simply there to compensate the victim for the financial loss they have suffered due to the accident. These types of fines are designed to punish bad conduct and discourage this type of behavior through acting as a warning to others not to follow the example. They are calculated not only in proportion to the defendant’s lack of conscience in the case of the accident, but also how much money it would take to punish that specific defendant effectively so that they would not be tempted to repeat the behavior again. Basically, the more wealthy the defendant, the higher the punitive damage amount will be, and if the defendant is less wealthy, then the damages may not be as high. Every party involved in an accident is legally deemed aware of their responsibilities at the scene of an accident- even if they were not actually aware that they had these responsibilities, since it is their duty as a safe and licensed driver to know what they should do in the case of an accident. This means that commiting a hit and run car accident will pretty much always be rules morally reprehensible and worthy of punitive damages towards the plaintiff. Even if the accident itself was not intentional, the act of fleeing the scene is technically an intentional act that potentially justifies punitive damages. If you are a victim of a hit and run accident, you should be aware of these civil consequences for the runner when filing a case against them.

When a motorcyclist is involved in a hit and run accident, more severe injuries are likely to occur. This means that fleeing the scene after hitting a motorcycle is seen as much more morally reprehensible, since a driver who hits a motorcyclist should be aware that the motorcyclist has a high probability of being badly injured. Generally, high punitive damages are awarded in cases where the plaintiff abandons an injured motorcyclist after hitting them in an accident. On the other hand, if a motorcyclist is the one who flees the scene following an accident, there is an additional factor to keep in mind: the majority of experience attorneys are in agreement that juries tend to dislike or distrust motorcyclists, and tend to find against them. Since the jury has the right to make a “judgement call” when it comes to punitive damages, it may be that they are inclined to pin higher punitive damages against a motorcyclist. Basing higher damages on an unrelated bias is not technically legal, but often occurs as it is difficult to prove that is what a jury did.

There are also criminal consequences involved in fleeing an accident scene. Depending on what kind of damage or what sorts of injuries the accident inflicted, the criminal penalties of fleeing the scene of an accident has a range of severity. They can vary from a misdemeanor to a felony. If you hit someone and there was reason at the moment to believe they were injured, but you did not stop to help them or call emergency services, this is not only a denial of your civil responsibilities during an accident but also a criminal offense by knowingly harming somebody. In the case the victim was severely hurt or killed, you could face possible jail time. In a civil ruling about the accident, a criminal conviction can be brought up and utilized as additional evidence. The civil case of the accident in question will typically be put on pause while the criminal case is being prosecuted and those charges are refuted or proved. However, any criminal convictions regarding the case in question is going to be powerful evidence of liability towards the runner that can be levied against the perpetrator in the civil case and lead to a faster resolution of the civil action.

When it comes to who ends up paying for damage and injuries, unfortunately, victims of hit and run accidents are often forced to collect from their own insurance policies following a hit and run accident. Because the other driver has fled the scene, it can be difficult to trace exactly who it is in order to hold them accountable. Unless the running driver is able to be identified through witness identification of their license plate number, possible video evidence from the scene of the accident, by turning themselves in to be held accountable for the accident, or some other means of identification, there is no actual way to hold the perpetrator accountable and receive the compensation you deserve. There are a few no-fault states in which injured drivers can make a no-fault claim with their own insurer. These states include our own state of Florida, the District of Columbia, Hawaii, Kansas, Kentucky, Massachusetts, Michigan, Minnesota, New Jersey, New York, North Dakota, Pennsylvania, and Utah.  “No-fault” refers to the policy that drivers have insurance to cover their own injuries and damage, rather than having to insure against paying out the other parties involved in an accident. Florida is one of the states that relies mostly on this no-fault system of insurance, and the personal insurance payment is the no-fault portion where each injured party makes their individual PIP coverage to cover their own medical bills. In every other state in America, the most likely option for compensation in a hit and run case will be to make an uninsured/underinsured motorist claim when filing suit. You should be aware of the policies of your state when it comes to hit and run accidents so that you are informed about what kind of compensation you are entitled to receive and know exactly what to dd if ever faced with such a case.

Hit and run accidents can be difficult to prove in court, and you need a personal injury attorney you can rely on to fight for your case. The Law Office of Frederic E. Waczewski, P.A. has over a decade of experience in personal injury law involving car accidents. Call our Orlando office today for your free initial consultation!