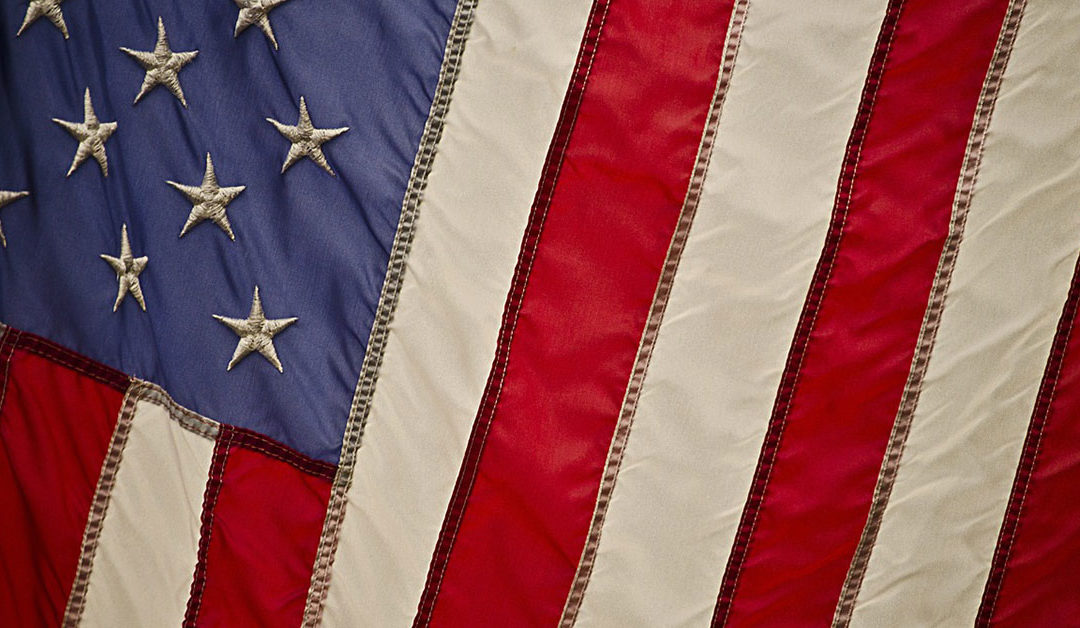 Many immigrants pursue legal means to come to the U.S every single year in order to chase the American dream and build a future for themselves and their children in the United States. But what exactly is the immigration process, and how does it function? If you as a regular civilian is confused, don’t worry- U.S. immigration law is highly complex, and most people have little idea about how it actually works to dictate the immigration processes for various groups of people. There are many policies that delineate different immigration situations as well as different exemptions and ever-changing details. The body of law which governs current immigration policy is the Immigration and Naturalization Act (INA), which provides for an annual worldwide limit of 675,000 permanent immigrants, with certain exceptions for close family members. If you are a foreign national who became a lawful permanent resident who holds a green card, you are able to work and reside permanently and legally within the United States.

Lawful permanent residents (LPRs) are able to apply for almost all jobs (which are not legitimately restricted to U.S. citizens) and are allowed to reside in the country for as long as they want to even if they do not have employment. Every single year the United States also lets in noncitizens on a temporary basis. Refugee admissions are determined annually there Congress and the President set aside a separate number they allow into the U.S. There are principles upon which immigration to the United States is rooted in. These principles include the reunification of families, admitting immigrants with special skills which can contribute to the U.S. economy, protecting refugees of various circumstances, and promoting diversity. If you are looking for an attorney well versed in immigration policy for any type of lawsuit regarding immigration law, Law Office of Frederic E. Waczewski, P.A is an immigration lawyer Orlando FL trusts. With over a decade of experience in immigration law, we are a top immigration practice in the state. Call us today for your free initial consultation!

The first principle of U.S. immigration is family unification. Family-based immigration is aimed to promote family unification and is an important principle in United States immigration law. Family-based immigrants can be legally admitted into the U.S as immediate relatives of U.S. citizens, or through the family preference system. If the immigrant in question is filing as an immediate relative, there are certain standards they must meet in order to be eligible. In order to meet these standards and become eligible, the petitioners are required to meet specific age and financial requirements. Immediate relative are defined as the spouses of U.S citizens, the minor children of U.S. citizens (under 21 years old and unmarried), or the parents of U.S. citizens, if the petitioner bringing them in is at least 21 years old. The family preference system issue a limited amount of visas every year, but there are further critiz to meet in order to be deemed eligible. The petitioner in question must also meet certain age and financial requirements. The preference system includes brothers and sisters of U.S citizens (the petitioner must be 21 years old or older), the adult children of U.S. citizens, and the spouses and unmarried children (minor and adult) of LPRs.

There is a system established by Congress in order to balance the overall number of immigrants arriving based on family relationships. This system calculates the available number of family preference visas for any given year. The number of visas is produced by starting with 480,000 and then taking away the number of immediate relative visas issued during the previous year as well as the number of aliens “paroled” into America during the previous year. Then, unused employment preference immigrant numbers from the year prior are put into this number to establish the number of visas that stay for distribution through the preference system.There is a law stating that the amount of family-based visas distributed through this preference system must not be lower than 226,000. However, due to large numbers of immigrants applying as immediate relatives, the actual number of preference system visas available each year has always hit 226,000. Thus, the grand total of family-based visas often ends up passing 480,000. In Fiscal Year 2014, immigrants applying for this type of visa made up about 64 percent of all new LPRs within the United States. There are steps to petition for a family member through the family-based immigration system, which includes the U.S. citizen or LPR sponsor petitioning individually for the relative, establishing the relationship as legitimate, meeting an income requirement, and signing an affidavit of support establishing that the sponsor will be financially responsible for the family member in question. Principal immigrants who qualify as immediate relatives or in family-preference categories may have spouses and children who accompany them as derivative immigrants. The amount of derivative immigrant visas also have specific category limits established.

The second type of immigration is employment based immigration. Immigrants with valuable skills are able to come to the U.S through various ways on a temporary or permanent basis. Temporary visa classifications allow employers to employ and petition for foreign nationals for specific jobs for a period of time. Generally, temporary workers have to work for the employer who petitioned for them and cannot change jobs. There are more than 20 types of visas available for nonimmigrant workers which are temporary. This category includes L-1 visas for intracompany transfers, various P visas for athletes, entertainers, and skiller performers, R-1 visas for religious workers, and various A visas for diplomatic employees. It also includes O-1 visas for workers of extraordinary ability, and various H visas both for highly-skilled and lesser-skilled jobs. The visa classifications are different based on their eligibility requirements, duration, permission on bringing dependents, and various other factors. Typically the visa holder must leave the United States after their status expires or if their employment ends. There are 140,000 permanent employment-based immigrants allowed into the U.S. per year. This includes both the immigrants as well as their eligible spouses and minor unmarried children, so that the actual amount of employment-based immigrants is fewer than 14,000. These visas are then split into five different preference categories. In FY 2014, 15 percent of all new LPRs in the United States consisted of employment-based immigrants.

Not only is there a numerical limit set for the various immigration preferences, but the INA also places a limit on the amount of immigrants who can come to the United States from any individual country. At this time, no group of permanent immigrants (who are family-based or employment-based) from a single country are allowed to exceed seven percent of the aggregate amount of people immigrating to the United States within a fiscal year. This is not a quota to make sure that certain nationalities make up this seven percent, but a limit set to stop any immigrant group from dominating immigration patterns to the United States and promote diversity.

Refugees, asylees, and other vulnerable populations can seek several paths towards protection in the U.S. They are sorted into several categories of legal admission available to those fleeing persecution or cannot go back to their home country due to life-threatening or extraordinary conditions. Refugees are admitted to the United States because they are not able to return to their home countries due to a “legitimate fear of persecution” based on race, membership in a specific social group, political opinion, religion, or national origin. These refugees can apply for admission from outside of the United States, generally from a “transition country” which is outside of their home country.

The admission of refugees has numerous components, such as the amount of risk they face, membership in a group that is of special concern to the United States (which is designated yearly), and whether or not they have family members within the United States. The President, in conjunction with Congress, sets this limit for refugee admissions, and the total limit is broken down into limits for each region of the world as well. Following September 11, 2001, the amount of refugees allowed into the U.S decreased dramatically, but annual admissions have increased in recent years as security checks have evolved to become more intricate. For FY 2016, the worldwide refugee ceiling set by the President was set for 85,000. Persons who are already in the United States and seeking protection based on the same five protected grounds as refugees can be granted asylum. These immigrants may apply at a port of entry at the time they seek admission or within a single year of coming to the United States. There is no specific limit on the amount of individuals who may be granted asylum in a specific year nor are there categories for figuring out who may seem asylum. The Law Office of Frederic E. Waczewski, P.A., an immigration lawyer Orlando FL residents trusts, notes that in FY 2014, 23,533 individuals were granted asylum. Refugees and asylees are able to become LPRs one year following admission to the United States as a refugee or a year after being granted asylum.

Another type of visa program is the Diversity Visa lottery, which is a dedicated channel for immigrants from countries with low rates of immigration to the United States. Although the Diversity Visa program was originally intended to favor immigration from Ireland, the program has become of the few avenues for individuals from certain regions in the world to obtain a green card. Eligibility for a diversity visa requires a high-school education (or its equivalent) or have, within the past five years, a minimum of two years working in a profession requiring at least two years of training or experience. Dependents of the principal applicant may also enter with them.

Temporary Protected Status operates as another form of humanitarian relief and is granted to those in the United States who cannot return to their home country due to various extraordinary conditions. TPS is granted to a country in sets of six months and can be extended beyond this period if unsafe conditions continue. Deferred Enforced Departure protects individuals from deportation whose home countries are unstable and thus make the return dangerous. Unlike TPS, which is authorized by statute, DED lies at the discretion of the executive branch.

An LPR can also naturalize into U.S. citizenship. These individuals must have held a green card for at least five years, as well as other exceptions to members of the U.S. military who has served during wartime and others.

Immigration policy is a complex issue that can be difficult to navigate. With over a decade of experience in immigration law, the Law Office of Frederic E. Waczewski, P.A. is an immigration lawyer Orlando FL residents trust. Call us today for your initial consultation.